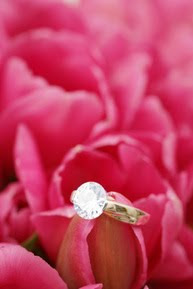 African-American couples jump over the broom, Jewish couples dance the Hora, and my own parents’ wedding involved my mother wearing a special hat while old ladies sang a Polish folk song around her. Not to mention the traditional Polish vodka-drinking competition.

Wedding ceremonies are ruled by traditions, most stemming from the couple’s ethnic heritage, their religious affiliation, or where they live. Many wedding traditions reflect deep ties to our culture and community, but like anything else, weddings evolve as the times change. Some old-fashioned traditions have become meaningless actions that don’t have much relevance to our modern lives. As summer approaches, many of us will be sweating through a wedding or two, and we definitely wouldn’t complain if some of these outdated rituals fell by the wayside.

1. Throwing the Garter
This tradition supposedly originated in a belief that it was lucky to grab a swatch of the bride’s clothes. Somehow, it metamorphosed into the groom removing the bride’s lingerie and throwing it at all the single men, bestowing nuptial luck on the catcher of the garter. It’s archaic at best, just plain uncomfortable at worst. Who wants to watch a woman hoist her skirts above her head on what is supposedly the happiest and most dignified day of her life? And what single man actually wants to catch the thing, anyway?

2. Smashing Cake in Each Other’s Face
It’s your wedding day, you’re all dressed up, and you’re being watched by all of your nearest and dearest … now is not the time for a food fight. The lore surrounding cake-smashing describes it as stemming from an ancient Roman ritual where cake was thrown at the bride to ensure fertility. While it’s nice that the tradition has become a little less violent, covering each other in pastry is pretty silly and juvenile. Married couples have the rest of their lives to throw things at each other, and if you’re paying top dollar for photography, you don’t want all your pictures to show a face full of frosting.


3. Catching the Bouquet
What is it with weddings and projectile accessories? The tossing of the bridal bouquet, another remnant of distributing the bride’s “lucky” clothes to the anxious single ladies of the audience stopped being compulsory when women stopped rushing to the altar. I have been to several weddings as a single woman and not once has the dance floor been full of women anxious to catch the darned thing. And for those who are looking to get hitched, nobody wants to pop the question to a girl who’s writhing and scrapping for flowers on the floor.

4. Ginormous Wedding Parties
Having a best friend or two stand with you at your wedding is powerful and meaningful, but does anyone really need an entire army of attendants? It’s doubtful that any marauding hordes are going to try to bust up the wedding. Most friends are delighted to help with the shower or bachelorette party if they can, but are perfectly happy enjoying the ceremony from the sidelines. Plus it saves them from spending $250 on a dress or renting a tuxedo.

5. The Bride’s Parents Footing the Bill
This relic of a time when girls were used as bartering chips just doesn’t fit in with modern families. The bride’s family doesn’t have to show their appreciation to the groom for taking their daughter off their hands. Few modern weddings are paid for solely by the bride’s parents; most are financed by the couple themselves, in conjunction with their parents. If everyone is able to contribute to the affair, they should.

6. The “Dollar Dance”
It’s nice to want to drum up a little cash for the bride and groom as they start their new life together, but charging guests $1 to dance with them for sixty seconds just feels chintzy. At the end of the night, what difference does $47 really make? Wedding guests already bring gifts and well-wishes and don’t want to feel like they have to make extra donations.

7. Diamond Engagement Rings
Diamonds may be “forever,” but they haven’t been that way for very long. The De Beers company created the engagement ring rush in the early twentieth century as a way to boost sales. Their PR machine placed diamonds in Hollywood films and advertised diamonds as the ultimate expression of love and fidelity. Americans bought it hook, line, and sinker, becoming the world’s largest market for diamonds. Actually, diamonds aren’t even all that rare, but diamond miners control the supply to artificially inflate prices. Especially since people have become more aware of diamonds’ origins in conflict-ravaged Africa, some people are opting to avoid diamonds in their engagement jewelry.


What was once fashionable and expected doesn’t have to rule how couples celebrate their marriage nowadays. Many couples now write their own vows or choose exciting locations for their ceremony, rather than follow the usual traditions. Having cupcakes instead of cake or wearing dresses in colors other than white are other ways that people create the wedding they want.

Ultimately, it’s up to the couple to decide which traditions they want to include in their celebrations and which traditions to leave out. It’s no more necessary to put a sixpence in the bride’s shoe than it is to save a piece of wedding cake until the first anniversary. And any tradition that’s special and meaningful to the bride and groom will seem special and meaningful to their guests, no matter how many bridesmaids there are, how cheesy the first dance is, or how many undergarments get tossed into the crowd.

By: Allison Ford
Via http://www.divinecaroline.com/22360/76067-seven-pointless-painful-wedding-traditions
Posted by Amanda Sherman at 8:41 PM