Spring – It’s all about the colours!

Oh spring, what do we all love about spring? No matter where you live, we all have something we look forward to that is a true symbol that spring is on its way. It doesn’t have to be a flower, a bird or warmer weather. It could be a strappy sandal, soft gauzy material or brighter colors both in your clothing choices or your makeup. 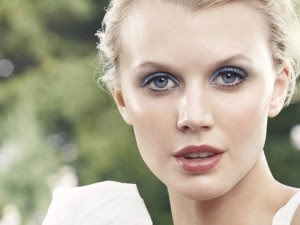 New trendy makeup colors are the easiest and fastest way to jump into spring. My favorite is the Artistry Bloom in Colour Refresh Eye Compact in our spring color trend collection. This spring shadow palette of blue and grey is just what we need to move away from winter. Use the Fresh Pale Blue for a soft wash of color on the lid, starting at your lash line and blending up to just above the crease area. Apply Noir Eye Define right into the base of your eyelashes then apply the Slate Gray along the lower lashes to create a soft smokiness. Next use lots of Artistry essentials mascara. Tip: When applying multiple coats of mascara, complete one eye before moving on to the other eye. As long as the mascara doesn’t dry during application, you won’t get clumping. 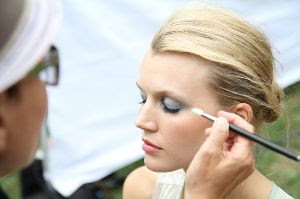 Blush should be a color that compliments your skin tone so don’t be afraid to try either of the trend blushes in First Blush or Sunset Blush Duo. I like to mix the blush and highlight to add to that soft wash of color look. Finish with the Plum Blossom Lip Colour. The spring trend lip colors have a lot of color pigment but have a sheer finish so you will get the look of a gloss in a tube. Pretty, soft makeup with more color for spring is what it is all about.

Taking this look into evening is as easy as using the new Artistry Twilight Blue Eye Pencil at the lash line, lots of black mascara and add a little more blush then you wear during the day. Don’t forget your brows, they should be well groomed and defined but with a softer look. I like to use both of the Artistry Brow Definers in Deep Brown and Blonde. Using the two colors on your brows give your brow a softer but defined look.

AtUrBest Speciality Shop
Posted by Amanda Sherman at 10:47 AM No comments:

Following are the runway schedule and ticket info. All events take place under tents in Marion Square:

Today-Thursday: $45 general admission, $75 VIP, which includes a guaranteed seat and one drink.

Tickets are available by calling 800-514-ETIX or visiting CharlestonFashionWeek.com.
Posted by Amanda Sherman at 10:42 PM No comments: