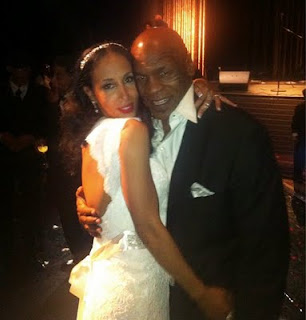 Mike Tyson renewed his wedding vows with his third wife Lakiha Spicer Tyson at a surprise wedding in Las Vegas on June 28, 2011.

The couple had invited hundreds of guests to what they thought was a joint birthday party held at the M Resort.

According to TMZ, Tyson and his wife disappeared behind a huge curtain and re-emerged wearing wedding outfits.

They renewed their vows in a traditional Muslim ceremony. Tyson and Spicer were originally married at the Hilton Las Vegas two years ago. 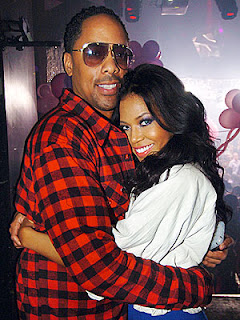 For dessert, a seven-tiered sea foam green wedding cake was served by Yannis Janssens of Yann Chocolates. The newlyweds are honeymooning in the resort's $10,000 per night romance villa with a private beach and personal butler. 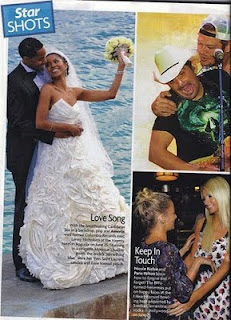 We have noticed a new found love for an old time tradition, the Groom's Cake. A Groom's Cake is a manlier version of the wedding cake that used to be highly popular in southern states. However, lately the cake is making a huge comeback nationwide.

The cake is intended to be a gift from the bride to the groom. It makes a great surprise for the groom on the wedding day. The cake can be served at the rehearsal dinner or as a second dessert option at the reception.

And groom's cakes recently are reflecting the personality of the groom. Get creative! We have seen cakes representing everything from Wrigley Field to four legged best friends. Here are two we love from Tipsy Cake in Chicago. 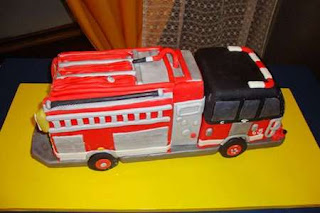 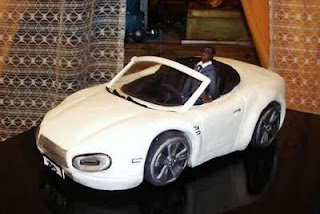 Posted by Amanda Sherman at 1:08 PM