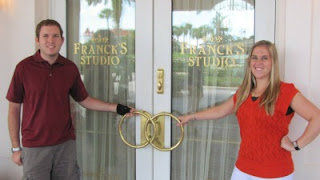 The numerically-minded and superstitious, today is also a once-in-a-century event - 11/11/11.

Across the world, people are attributing all sorts of meanings to the day. In China, many are celebrating 11/11/11 as "Singles Day." The idea being that all those 1s in the date are symbolic of people who are on their own.


Aficionados of fabrics are marking today for a completely different reason. To them, it's Corduroy Appreciation Day. Apparently 11/11/11 is the date whose numbers most closely resemble the lines on the ribbed cloth.

And if there's wedding fever going on, Las Vegas will feature. According to the Las Vegas Sun newspaper, the Chapel of the Flowers is running 15 hours of back-to-back weddings in its three chapels from 8am to 11.11pm. Meanwhile the Viva Las Vegas wedding chapel has 200 bookings, four times the norm, according to another report.

Congratulations to all 11-11-11 Brides and Grooms

If you catch a glimpse of a bride outside Disney’s Wedding Pavilion and then you see a bride by the Boardwalk Inn and later at Disney’s Polynesian Resort, your eyes are not playing tricks on you. Walt Disney World is hosting 11 weddings across the property on 11-11-11.

“One of the couples is actually traveling all the way from Hawaii to get married at Walt Disney World. They see 11 as the combining of two 1s to make one number in 11. One of our couples from Pennsylvania mentioned that it was a significant date because it is their grandparents’ 56th wedding anniversary. Another couple always make wishes at 11:11 and then he proposed at 11:11 at night, so that was definitely a significant number for them.

“People have definitely thought about the number and are excited to be getting married that day,” she said.

One such couple is Melanie LaValley, 28, and Eric Gocinski, 26, who met several years ago when they both worked at the Studio Backlot Tour attraction at Disney’s Hollywood Studios. He was in the Disney College Program, and she was his trainer. And although they moved to Las Vegas for a short stay, they found themselves longing for the Mouse and his special brand of magic.

“Eric said we’d regret it if we didn’t have our wedding at Disney,” LaValley said. “And on the roulette table, when anything hits double 0, you always throw money down on 11. But it’s also always been my favorite number. Eric really liked it, too. He said, ‘I’m never going to forget an anniversary.’ ”

LaValley and Gocinski will tie the knot at 10 a.m. Friday — so they will already be married at 11:11 a.m. — on the Croquet Lawn at the Boardwalk Inn. After they are pronounced husband and wife, their 85 guests will toss some very special rose petals.

“I’ve been keeping all the petals from all the roses he ever bought me in the three years we were dating because I knew he was the one way back when,” the bride said. “I put them in little organza bags for the guests to throw at us as we walk out.”

The two, who have recently moved back to Orlando, are waiting until after their wedding and honeymoon to apply for their dream jobs at Disney World. “We both want to work at Disney the rest of our lives,” she said. “It’s the best thing that ever happened to either one of us. We were gone for two and a half years, and there was not a single day that we didn’t think about Disney.”

Disney’s Fairy Tale Weddings & Honeymoons is celebrating its 20th anniversary this year. About 1,000 couples per year say their vows at either Disney World, Disneyland or aboard Disney Cruise Line. 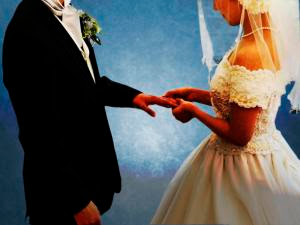 Here comes the bride. About 560 to be exact.

Only coming around once every one hundred years, brides around the U.S. are taking advantage of the luck filled day of November 11, 2011 to tie the knot with their future hubby.

In a study performed by David’s Bridal, Miami has ranked third as the city for most brides registered to get hitched on this historic date with approximately 560 brides already registered. According to David’s Bridal, the list keeps on growing.

The company says that eleven has long been considered one of the most positive numbers, signifying rebirth and new beginnings making it a lucky number in love and life.

Los Angeles took the top spot with 718 brides registered to say their “I dos” followed by Chicago (572), New York (507), and Dallas(461). Washington D.C. fell short, coming in at last place with only 310 registered nuptials.

Not only is it considered lucky for the couple, but for hubbies to be too!

With future husbands worrying about remembering their wedding anniversaries, many couples have chosen to put on the ol’ ball and chain on 11/11/11 in order avoid forgetting their beloved day for years to come.

What to expect on this day?